By now, you should all know what a “side-chick” is. If not, think Karrine Superhead Steffans. Monica Lewinski. Or motherfucking Marilyn Monroe and her ho ass that y’all idolize so much. They’re basically mistresses, girls that get involved with a man knowing he is already in a relationship. However, I recently discovered a new type of woman, the woman who is in a relationship with a single man. 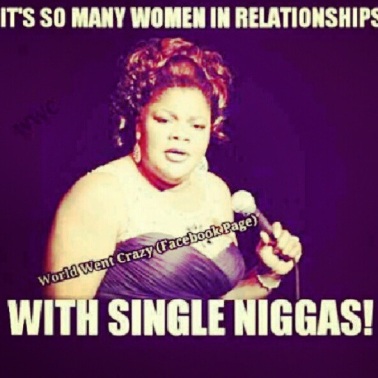 She’s been “with” the same man for years, yet doesn’t have an anniversary date.

He is not rumored to be seeing anyone else, but he never claims her either. Similarly, she is also single, but not the least bit available.

Unlike side-chicks, unofficial girls are invited to important events. It’s not uncommon to see her hangout out with his friends. However, he is very selective of hers, and rarely will you see him intermingling with her clique.

Sure, the two of them will have pictures strewn all over her Instagram. However, they will look similar to the picture below. Him not incriminating himself, and her going along with it so as to not upset him. 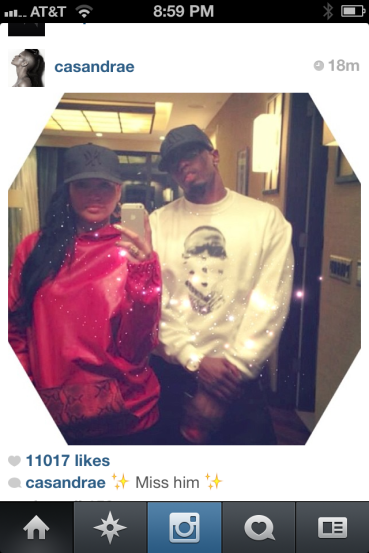 To sum it all up, an unofficial girl is a woman who is someone’s girlfriend without him ever needing to be her boyfriend. This is not to be confused with a Goldie Hawn/Kurt Russell type relationship where they are both openly exclusive with one another minus the title. Needless to say, being an unofficial girl doesn’t necessarily have to be a bad thing. Diddy has never admitted to being with Cassie, but everyone knows Cassie’s his girl. As long as he treats her well and is keeping his dick in his pants, I suppose how he acts towards her in the public eye doesn’t matter. Long as she’s happy behind closed doors.

It’s just that being an unofficial girl usually means you’re in an unofficial relationship, which we all know can be an unnecessary complication. And ladies, y’all are just way too fly for that – officially.

This entry was posted in Love & Relationships and tagged cassie, diddy, official girl. Bookmark the permalink.